Devon Rex are the pixies of the cat fancy with their impish looks and mischievous personalities. The Devon Rex have large low set ears and big impish eyes set in a head with a short muzzle and high cheekbones. It is a small to medium sized cat with a muscular body covered with a short, velvety soft coat that ripples with waves. They are often described as resembling the Gremlins from the film Star Wars while the waif-like tousled curls of their coats are reminiscent of Little Orphan Annie's tousled mop.

Buckfastleigh, Devon, England is the ancestral home of the Devon Rex where a feral tom cat with a curly coat lived in an abandoned tin mine. In 1960, a tortie & white stray adopted by Miss Beryl Cox had a litter of kittens sired by the feral tom. One of the kittens was a brownish-black male with a coat just like his sire's. Miss Cox kept the kitten and named him Kirlee. Aware of Kallibunker (the first Cornish Rex) and the work to preserve that new gene, she wrote to Brian Sterling-Webb thinking her Kirlee could contribute to that program. However it turned out that the gene creating Kirlee's curly coat was different to the one producing Kallibunker's marcelled waves. There were a number of differences in the coat between Kirlee and the CR. While Kalli had whiskers that were bent and curled, the gene from Devon resulted in missing or stubby whiskers. Kirlee had tight curls but not as uniform as those of Kallibunker giving them a windblown appearance. And Kirlee had huge, low-set ears giving his head a pixie-like look that was accentuated by the large, inquisitive eyes and short nose.

Devon Rex are intelligent, mischievous and highly active. They are very playful and want to be involved in everything - and they are powerful jumpers no spot goes unexplored! Expect to find them perching on the top of doors or climbing to some previously unexplored spot. Although they are interested in everything going on around them, Devons are very people-oriented and prefer to share their investigations with you so expect their company no matter what you are doing. They will perch on your shoulder watching you make supper (food is another of their favorite things!), curl in your lap while you read a book, and snuggle under the covers to sleep with you at night. They aren't particularly talkative but do chirp when they feel they absolutely need you to look at something that has caught their interest. These busy little pixies work well in an active household as they thrive on company but should not be left alone for long periods as they can become destructive if they get bored. They are great with children and get along well with other family pets.

Devon Rex are well-muscled, mid-sized cats weighing on average from six to nine pounds, with males being heavier than females. Their soft, short, curly coats vary from cat to cat - the ideal show coat is an even, full coat of loose curls but individual cats will have coats ranging from a tousled mop of curls to a thin suede-like coat. Some cats may also have almost bare patches as well. The coats often vary over the life of the cat and when molting the coat will often break off so no curl is apparent until the new coat grows back. Kittens often go through this stage. The whiskers and eyebrows are also short and crinkled like the coat.

One of the startling things when you pick up a Devon is how warm they are to the touch - they feel like soft hot water bottles and are ideal to snuggle up to in winter. They have the same body temperature as other cats but their coat does not provide as much insulation and so they feel warmer. They also love heat and will be found basking in the windows or seeking other sources of heat like the top of the television.

Contrary to popular opinion, Devon Rex do shed just like all other cats however the structure of the coat makes the shedding less obtrusive than in some other breeds. For some reason, there is a perception that the Devon Rex is hypo-allergenic however they do produce allergens like every other cat. Some people with allergies to cats are able to tolerate Devons but others are not depending on their personal allergies. If you are allergic and are considering a Devon, you should make arrangements to spend some time in the company of a Devon before acquiring one. Visit with one and wait at least 24 hours to see if they do elicit an allergic reaction and ideally visit more than once. Pixie-like in appearance, the Devon Rex is a small- to medium-sized cat that retains the appearance of Kirlee, the foundation cat. Its sturdy body is muscular, with hind legs longer than the forelegs. It has a modified wedge shaped head with large, inquisitive eyes, broad cheekbones, strong chin and a short muzzle. The ears are large and low set. The compact, supple body is covered with loose waves and curls. These little minxes are friendly, intelligent, curious companions and will make a playful addition to your household. 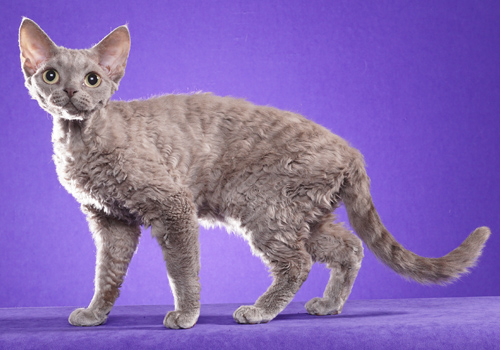 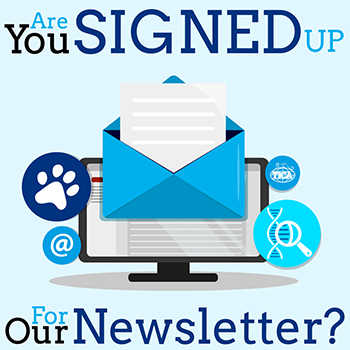 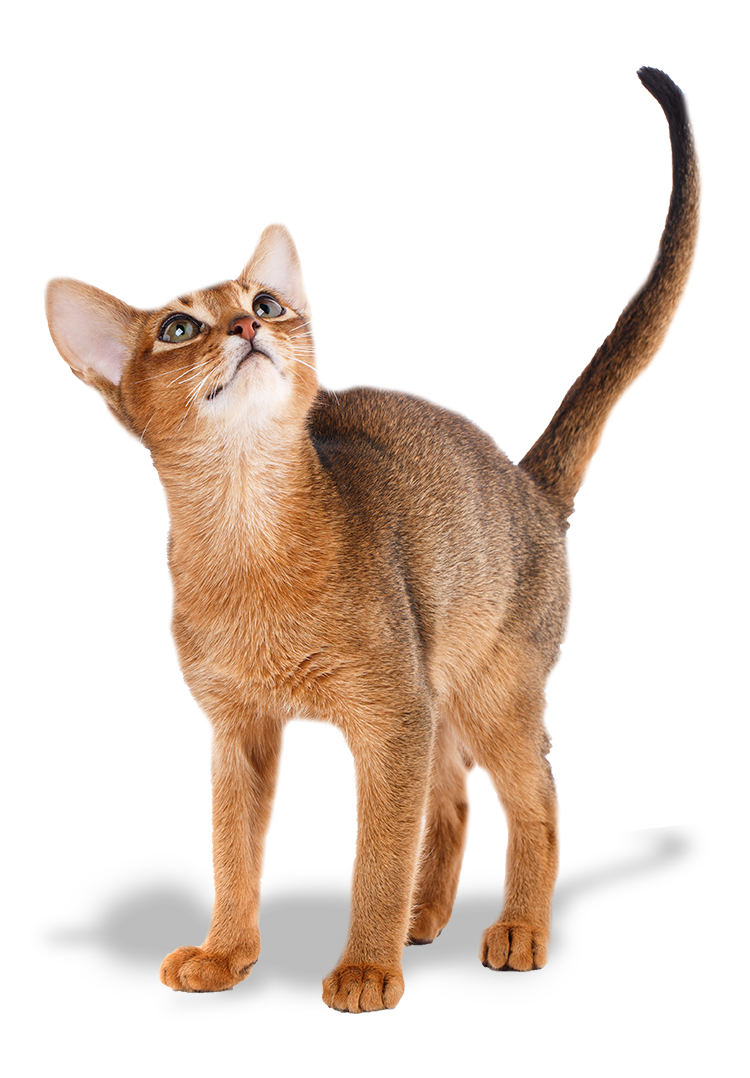