The Savannah is a tall lean graceful cat with striking dark spots and other bold markings. It is a domestic breed which closely resembles its ancestral source, the African Serval, but is smaller in stature. It is affectionate and outgoing, with exceptionally long neck, legs, and tall ears, as well as a medium length tail, the Savannah is both unusual and beautiful. The Savannah is also an exceptionally graceful and well balanced cat.

The first known Savannah was born April 7, 1986, when a female domestic cat gave birth to a kitten sired by an African Serval. This F1 (first generation hybrid cross) was the first on record. This unusual female kitten had both domestic and Serval like traits. Both the kitten and breed were named "Savannah". Patrick Kelly heard about Savannah and decided he wanted to try to develop a new breed. He persuaded a breeder, Joyce Sroufe, to join him in his efforts. Together they wrote the original TICA Breed Standard. TICA accepted the Savannah for registration in 2001. The Savannah was accepted for Championship status by TICA in 2012.

One of the most amazing traits of the Savannah is its remarkable personality. It is a very curious, assertive cat that seeks out adventure at every opportunity. It is a very active cat, that needs a great deal of interaction on a daily basis, either with its human family or with a companion cat. It is also a very loyal cat who will bond strongly with its human family. It is not a lap cat, but will show affection on its own terms, often by greeting family members at the door, following them around the house and giving frequent headbutts. Many Savannahs love to play in water. They can easily be trained to walk on a leash with a harness, and most love to play games such as fetch.The Savannah cat is a unique and amazing feline. Most people who own or have met Savannahs will say that they have never met a cat like them and become avid fans. The Savannah is not for everyone, but for those who seek a unique pet and lifelong companion, the Savannah fits the bill.

The Savannah has many traits that make it stand out. Perhaps the most obvious are the large, tall ears that are set right on top of its head. Another unique trait of the Savannah is its hooded eyes that are flat across the top. This gives it an exotic look unlike any other breed. The body on the Savannah is very long and the legs are quite long as well, creating a false image of a very large or heavy cat, but in reality, most Savannahs are just the size of a large domestic cat, and weigh less than another cat of similar size. It also has a very long neck and a short, thick tail, adding to its distinctiveness. 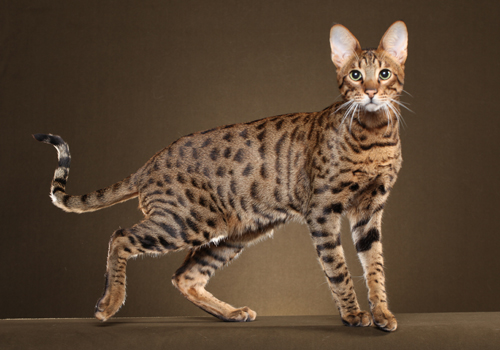 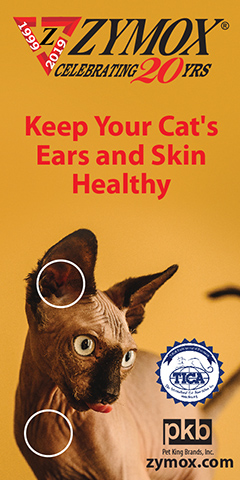